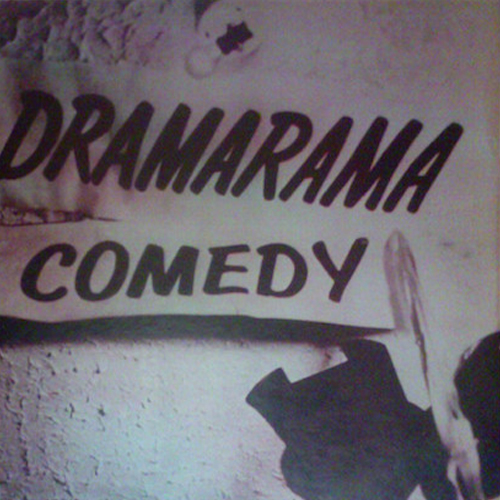 Chris Carter: The Comedy EP was our first time really, really going into the studio for any given time. We had a little bit more time, and we figured these were the days you could make an EP. We didn’t know what we were doing. We had no distribution whatsoever. We just wanted to make a record. We paid for it ourselves. We couldn’t even afford four colors on it.

John Easdale: We recorded the EP at the Barge. It was a studio in Wayne owned by a guy named Jim Barg, and we added the silent E to call it the Barge, but it was just in the basement of his mom and dad’s house.

Chris Carter: The Barge was a guy’s house that looked like, if you were driving down the street, any other house. It wasn’t like, “Oh, there’s a recording studio!” You went in to his house — he had a sliding door — and instead of going into a house, you had a recording studio. There was a couch, he had a big huge board, it was happening. It was happening for 1984. Just like any studio, you’d walk out of the mixing room and into the recording room. He would have baffles up. There was a big piano over here. The drums would go over there. It was like anything. The Stones and Sticky Fingers was no different, you know what I mean, like when they were at Muscle Shoals or something? This was the same deal. Big room. You never knew you were in a house.

Of course, it was when you left and you’re back in your neighborhood. John’s house was down the street and his mother would call to him for dinner. They were literally two blocks away. You knew you were in the neighborhood. It was cool because we didn’t have to go anywhere. We didn’t have to drive into New York and pay some crazy prices. And the guy, Jim Barge, had some actual real records recorded there. There was this band called City Boy, who were signed to Mercury at the time. They did their fourth album there. Some guy from Rainbow had just been in there. Real people with real careers with real record companies were making records there. We were at a good place.

Mark Englert: I probably haven’t heard the Comedy record since it was pressed, but I would imagine that there were a lot of tracks that were recorded over, so in a sense, Comedy would be the demo of Cinéma Vérité in that way.